Let's Preserve the Wholesome and the Good, Karen Andreola

Let's Preserve the Wholesome and the Good
Whoever is telling the stories is interpreting life. This is why during my homeschooling years, being unfamiliar with children’s literature, I relied upon recommendations in the paper catalogs of family-owned Christian companies. Now book lists can be found on-line.

During visits to the public library, I gravitated to the “outdated” picture books - fiction and non-fiction. I would sometimes purchase library discards. Scavenging through used book shops also supplied me with out-of-print "finds."

It wasn’t until years later that I noticed many of the books I liked best were published pre-1963. These books are disappearing from libraries.

What’s the big deal about 1963? I found out. That was the year that the United States Supreme Court declared Bible reading and prayer in public school to be unconstitutional.

Not reading Scripture aloud each morning during homeroom, or saying the Lord’s Prayer, is one thing. But publishers took this ban too far.


To ensure that their schoolbooks were included (and to stay in business) it seems they removed every mention of God, the church, and reference to the ten commandments.

They removed any connection between certain noteworthy Americans and their Christian faith, even if that faith was their strongest motivation for serving their fellow man.The final step, it seems, was to drop these people out of the curriculum altogether.
Censoring these heroes from the schoolbooks was easy. Simply do not teach history. This removes them from the minds and consciences of millions of American children, silencing their testimony forevermore. Teach social studies instead, (or social issues) which can conveniently be filled with the Left’s propaganda.


Terrence Moore, in his book The Story Killers, believes that the goal of the authors of our government school’s Common Core (slipped in place without a vote from the Senate) is to keep America’s children “from reading stories, particularly traditional stories, that run counter to the political ambitions” the Left represents. He sees Common Core is the “educational arm of the progressive state. As Plato pointed out in his Republic . . . whoever writes the stories shapes – or controls – the minds of the people in any given regime.”*1


I spent a little time reading The Story Killers this year. It disturbed me so much that I was losing sleep over it, so I had to put it down. It is written gentlemanly (Terrence Moore is a professor at Hillsdale College) but I found the facts disturbing. I will link (below) to his eye-opening lecture that gives a peek at what he uncovered in the high school English curriculum. You will be very glad you are home teaching. 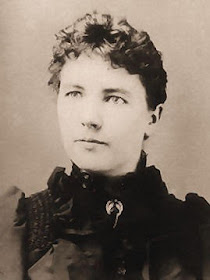 The removal of the best fiction of the Western World is being done quietly. There are no book-burnings, not yet. Schools and libraries simply promote other books, books with contemporary themes. (Yikes. Their recommendations are startling.) Occasionally the discrediting of a classic book leaks out. These discredited books were once considered wholesome and good. Read and re-read for decades, they seem to be read today by few besides Christian home-taught children. Why?

These books have their feet planted on a morality and worldview understood by the Christian of an earlier America (for example, monogamy in marriage, between male and female.) The same books ignored, discredited, or discarded, by the Left (woefully in power of the schools and libraries today) are those home teachers are snatching up.

We are educating our children with them. In so doing, we are preserving a culture.

This Upset Me
One recent discredit upset me. Laura Ingalls Wilder’s beautiful stories, yes her “Little House” series, had its award removed only weeks ago. The Association for Library Service to Children stated their reason.“Wilder’s legacy, as represented by her body of work, includes expressions of stereotypical attitudes inconsistent with [ALSC’s] core values . . . ”
Are the core values of Laura Ingalls Wilder's stories that "far gone" and immoral? Un-American? Evidently, the ALSC is offended by them. Joy Pullman writes in defense of Laura's values and perspective. I link (below) to her article: “It’s not Laura Ingalls Wilder Who is Prejudice, It’s the Librarians Smearing Her Legacy.”


Are we entering into the reality of Aldous Huxley's Brave New World?

“But why is it prohibited?” asked the Savage. In the excitement of meeting a man who had read Shakespeare he had momentarily forgotten everything else.
The Controller shrugged his shoulders. “Because it’s old; that’s the chief reason. We haven’t any use for old things here.”
“Even when they’re beautiful?”
“Particularly when they’re beautiful. Beauty’s attractive, and we don’t want people to be attracted to old things. We want them to like the new ones.”

On a Much Lighter Note
Many find Carol Ryrie Brink's Caddie Woodlawn and its sequel to be favorites. They were favorites in our house. Are you looking for something light and cheerful to read this summer? Here is another story by this beloved author. To lighten up this sober post and to lighten up your summer I feature it here. Baby Island has a sprinkle of the ridiculous that will had some humor to a hot afternoon. My children are all grown now so I read it to myself. But it made me chuckle so how can I honestly say I read it "silently?"

Due to a storm at sea, two sisters (conscientious babysitters) drift in a lifeboat and end up on a deserted tropical island with four little children. No one is hurt but the babysitters are bit stressed and bewildered. 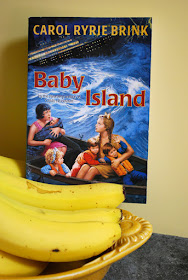 The theme of this story uphold an idea misunderstood by a multitude of people today who do not have a Biblical understanding. Therefore, we can no longer take it for granted. Babies are persons and precious. In the name of love, self-less effort is always needed to protect, care for them, and guide them. (I Cor. 13) And they are worth it. 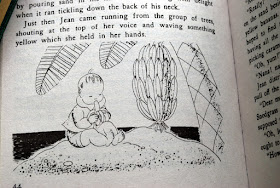 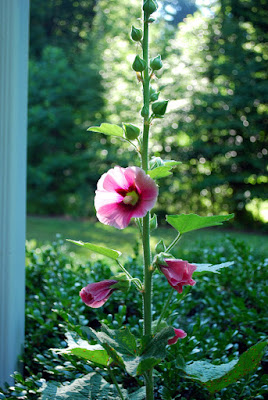 I recommend his “The Story Killers” on Youtube. After the first 5 minutes of introduction the lecture is about 50 minutes long. I listened while ironing.

Joy Pullmann’s article on Laura Ingalls Wilder at The Federalist.


Hope you are enjoying your summer.